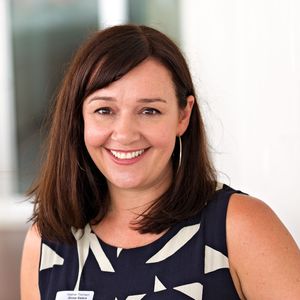 Heather’s 25 year professional career has been dedicated to social and economic justice for women. Her background in microfinance led her to live and work in France, the Philippines & India, as well as working extensively in Indonesia and Timor Leste.

Heather pursued a career in women’s economic empowerment and entrepreneurship after her year long placement at the OECD in France, working on a project for small to medium businesses for women. She then went on to spend close to a decade working with one of the largest microfinance organisations globally, Opportunity International (OI). In a number of roles at OI Network and OI Australia, Heather worked with partner organisations that varied from start-up NGOs to large-scale microfinance banks, all of whom were transforming the lives of hundreds of thousands of women living in poverty by helping them to create sustainable incomes through micro business.

In Australia, Heather had the privilege of working on the establishment of one of the first microfinance programs in Australia, now called Many Rivers Microfinance. Her time at Sydney Community Foundation shaped her understanding of collective impact and place based philanthropy, as well as gaining a deeper insight into gender based poverty and disadvantage in a high income country context.

Heather joined the Founder of Global Sisters, Mandy Richards, to set up the organisation and launch operations in early 2016. They have gone from a 2 woman operation to leading a team across Australia. After several years of piloting and iteration, Global Sisters has started to scale impact, supporting thousands of women to reach their full economic potential & create a ripple effect of change in their family, community and society.

Heather holds a Masters in Development Administration from ANU and has studied social entrepreneurship at INSEAD Singapore. She has expertise in social impact, community development, organisational capacity building, microfinance and program design.

She is a Trustee of the McLean Foundation, a philanthropic foundation dedicated to conservation, education and gender equality. She is on the volunteer leadership team of her local church. Heather and her husband are raising three young children and live on the Northern Beaches of Sydney.