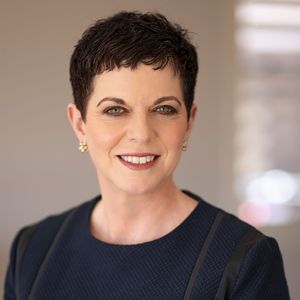 Chair
A media entrepreneur, company director and philanthropist, Deanne Weir has more than 25 years’ experience in media and communications.
Deanne is a globally recognised leader, strategist and communicator, with a deep interest in how new forms of media affect business and society.
Deanne chairs the boards of two private companies in which her company WeirAnderson.com is a significant investor: Hoodlum, an Emmy and BAFTA award winning production company, and Ai-Media, a technology and social innovation company.
Deanne remains passionate about community engagement. She is a member of the global philanthropic community, Women Moving Millions, and was previously Chair of the Australian Women Donors Network, organisations which seek to increase the amount of social investment that reaches women and girls.
In 2017 Deanne was appointed Chair of the Sydney Film Festival.  She was a board member of Screen Australia for eight years until 2016 and was instrumental in the development of its Gender Matters program.
Deanne invests in screen projects including documentary and feature films and was executive producer on Hoodlum’s first feature film, Australia Day(2017), and on a new independent documentary, I Used to Be Normal (2018).