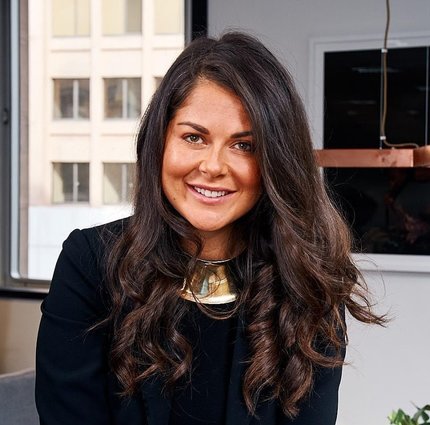 Caitlin Iles (Cait) has been described by Sir Richard Branson as “a game-changer and force to be reckoned with”.

Experienced in venture capital, an angel investor, advisor to a range of businesses small and large, and a serial entrepreneur, Cait has helped to raise close to $100m and establish what is now Australia’s largest and most active venture capital portfolio at Artesian Venture Partners.

Today Cait is focussed on the launch of a sister fund called Capital xx  that will invest in up to 500 female founded, early-stage, globally scalable businesses in Australia, Asia and the USA. Capital xx is set to provide vital funding to female founders (in 2017 female founders received 2% of global VC funding) and allow investors to capitalise on the fact that female founders have been shown to consistently outperform their male counterparts in VC portfolios. Cait (like Boston Consulting Group) recognises that women represent the “greatest commercial opportunity of our lifetime”.

Starting her career in psychology, assisting with the rehabilitation of drug dependent persons, Cait has gone on to work across a wide variety of industry sectors (advertising, advisory and enterprise). She’s established businesses in the Middle East (Dubai – UAE), Europe (Amsterdam – Netherlands) and in Australia. Currently her time is shared between Australia, China and the USA. Cait has worked with some of the world’s most respected companies, delivering disruptive projects that have revolutionised how complete industries operate (e.g. GE delivering mobile water solutions to the UAE).

Cait describes herself simply as a “dyslexic disruptor”, who is passionate about unlocking human potential through entrepreneurship and investing in underutilised, high potential and high value talent, in order to create a better world for all (and industry leading returns for investors).

Cait sits on the advisory board of both RMIT’s (one of Australia’s most respected Universities) startup program, RMIT Activator and it’s investment committee. She is an international keynote speaker and speaker of choice for large organisations and Universities such as Harvard.