Somrudee Phonket loves driving so it made perfect sense for her to start working as a Shebah driver, offering safe and friendly driving services in Canberra for women and children under 12. Shebah is the female family friendly alternative to Uber, which was started up by a single mum like Somrudee herself. Somrudee, who calls herself Deedee, heard about Shebah at a My Big Idea workshop and was inspired by the story. “I saw how many other women had in their hearts to help other women and I am like them too,” she says.

Deedee comes from the north-east of Thailand and has two children. She has called Canberra home for 18 years and has worked as a cleaner and a massage therapist. She worked as a delivery driver back in Thailand and says she wants women and their young children to feel safe travelling with her.

Being a Shebah driver will give Deedee a chance to run her own business instead of working for other people, as well as allowing her more time to spend with her son.

Being a part of Sister Tribe is important to Deedee as she wants to be able to help other Sisters, especially women from similar backgrounds to herself. She also wants to show other women they can become Shebah drivers too. “I understand how hard it is for women like me to start a business.” 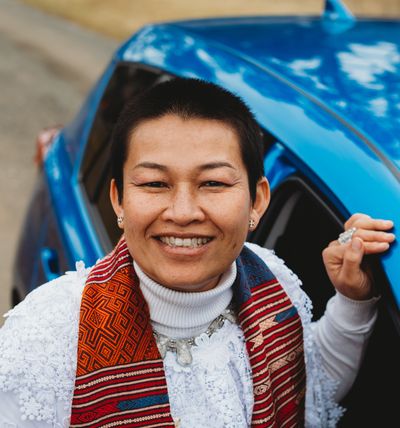