Blind Grit is more than a commercial enterprise: founder Nikki Hind, who became legally blind after a stroke, aims to increase the personal and social value of those who live with disability and/or who have survived trauma. “I was shocked that there didn’t seem to be any other vision impaired fashion designers in Australia,” she says. “It would seem there is no other fashion label anywhere in the world built of and around people with a disability.”

Nikki had long dreamed of being a fashion designer: she entered her first collection in a bi-annual marie claire fashion design competition in 2015. It was the ‘wrong’ year; however, the magazine’s editors were interested in Nikki’s designs and story, and their encouragement helped give Nikki the impetus to launch Blind Grit into the world.

“The whole basis of Blind Grit is to create as many aspirational opportunities as possible,” Nikki explains. “Our social media manager, Debbie, is legally blind. We have numerous awesome creatives in Albury/Wodonga involved as models, make-up artists, photographers, graphic artists, artists, video editing, website building & administration, documentary making …… All who are either trauma survivors or people who live with disability.”

“Sister Tribe has been built around the same things I value,” Nikki continues. “Being a mum, belief in the strength and capabilities of those who face challenges, lightness and fun mixed with the very best of professionalism, beautiful genuine sharing and non-competitiveness; bringing good things and beauty to the world”. 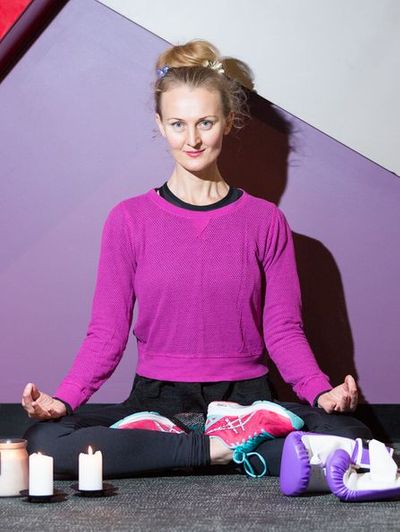