Sydney-based mum of five and founder/ CEO of Sweet CinnaBun, Kirsty McLarry, loves to bake. She hit on the idea of combining a cinnamon bun with a doughnut, then adding a sweet sauce or glaze. After she donated some of her unique buns to a charity site in 2017, she was inundated with people wanting to buy them.

Cinnabuns uses a highly original ‘CinnaBun Drops’ retail strategy – letting social media followers know where they can travel to buy buns over the coming week. This method of retailing plus her drool-worthy images on social media have created even more demand.

Kirsty attended the Sister School business education program, realizing she needed to transition her business to wholesale. Kirsty’s now selling Cinnabuns through a Shopify site as well as in various changing locations around Sydney.

Cinnabuns have proved to be so popular that, with the help of Global Sisters, Kirsty has begun the move from baking the buns herself in her home-based kitchen to setting up a commercial kitchen with employees. The sweetness doesn’t stop with the buns: Kirsty has a big vision that Sweet CinnaBuns will employ mums with babies and young children, revolutionizing the way that women return to work after having children – she’s passionate about supporting breastfeeding mums to access employment that is both flexible and supportive of them and their children. 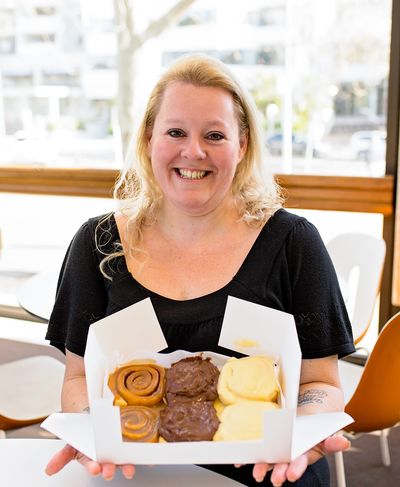