Inspired by her family history of farming and needing to support herself as a single mum, Gay Therese Baker started her own farming business, Gap Flat Track Native Foods, in July 2019. From her property in Kergunyah, Victoria, Gap Flat Track’s main product is Murnong root tubers; (the plant is also sometimes known as ‘yam daisy’). Eventually Gap Flat Track will expand to offer fresh and value-added products such as orchids, tubers, fruits, herbs, fungi and grains as well as mussels, yabbies and aquaculture to the native food and tourism industries sectors. Gay has indigenous and family links to the area, and she says it’s important to keep local knowledge of native vegetables, plants, and grains, as well as the actual plants, alive for future generations.

Gay’s ‘very long-term’ dreams for her business involve being included in the tourism regional food map with a restaurant/gallery of sorts, teaching native food gardening, native food cooking and glamping. Her goals for the future also include expanding into other crops and to bring indigenous food stuffs to the average table. “My mantra is to bring Australian native foods back to the table of the everyday Australian,” she says. “Native foods have been adapted for at least 40,000 years to Australian conditions and should be farmed commercially over and above European species.” Currently Gay is one of very few commercial farmers supplying Murnong root tubers (the plant is sometimes called ‘yam daisy’); once a common food source in Australia’s south east; to the food industry.

Gay says it’s important to her to be a Sister in Sister Tribe because of the acceptance and support she receives.

Gay is still getting her business systems together. Watch this space.
Contact her on 04393 11760 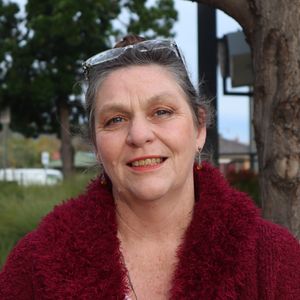