As a creative woman herself, Aroma wants to encourage other women to express their own creativity. “Women have amazing ideas that we can share,” she says. “My business is a service-based business that helps other sisters to express their creative needs and accomplish them.”

Her business AR Iftakhar Creative Design is named after herself and her late father, who brought the family to Australia from Pakistan when Aroma was six months old. “My father always wanted me to start a business under my name,” she says.

Aroma completed Sister School last year and she started AR Iftakhar Creative Design in August 2018. Being part of Sister Tribe is important to Aroma because she shares its values: “Supporting each other and helping each other out is the way to a brighter future for women.”

Aroma says she’s aiming for the skies with her business and wants to lead the way for other women. Aroma feels especially positive about being a woman standing on her own two feet: “It is important for me because I was often told that in order to succeed you need a man, and I want to prove that wrong,” she says. “I am actually walking on a path where I can achieve my goals.” Aroma also loves meeting other Sisters. “I get to meet amazing people and hear their journey about their business life and goals.” 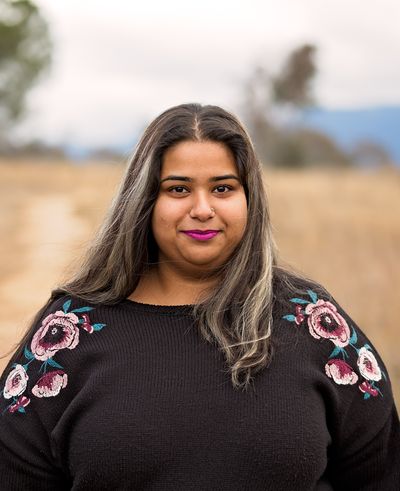